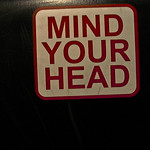 What if every thought was a self-fulfilling prophecy? What if every notion, judgment, or idea you had would eventually become a reality?

If you became aware of it, you’d probably commit to moving your thoughts more and more towards the good-feeling side. And you’d soon notice that set-point of your life’s success and happiness rising.

PS: And if it was not true that every thought was a self-fulfilling prophecy, would there be any harm in believing it anyway?