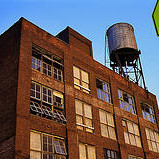 A job description is meant to tell the person in the job and other interested parties what to expect from the job. What is this job all about? How will we know we are doing a good job? How do we hire for this job?

But a job description does a rather poor–um–job of it. That’s because most job descriptions are just lists of tasks (sometimes labeled duties or responsibilities) to be performed.

Here are 10 reasons why job descriptions as lists of tasks don’t work.

In the end, we will fire people for lack of results not lack of ticking off boxes. We all want the results. Let’s dump job descriptions start by defining roles based on desired results.

PS: A superb place to start is with our own role. Try writing three to five statements that describe how, at the end of the year, we will know you have done your job well. What will be true as a result of your work?