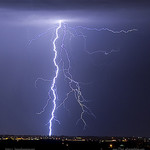 Let’s agree to be powerful leaders (with or without title).

To do that, let’s first distinguish power from its opposite. Power is the stance of a person who knows who she is, who understands his habits and fears, and who, no matter what happens or may happen, remains undefended and clearly focused on and in (though not of) this moment. It seems that, just by being present, a powerful person makes desired results happen more easily. Power builds on itself.

The opposite of power is force or control. Control (or force) is the stance of a defensive person. Not knowing themselves, forceful people blindly deploy their defenses with disappointing and even destructive results. Controlling, forceful people generate resistance to desired results even as they seek to make things happen. Force and control eventually collapse.

Of course, power and its opposite are not binary states; they seem to be two ends of a spectrum. We appear to sit somewhere on the line between the two.

Because power and force can take many and similar forms, we can confuse them. One forceful person can seem docile and a powerful one can seem demanding. That’s why we need to keep the distinction between the two. Otherwise we can be tempted to emulate or distance ourselves from the wrong one.

PS: As in, trying not to be powerful for fear we’d be forceful. Or acting forceful because we think that is what is powerful. Happens all the time.
PPS: Just so we’re clear: power comes from deep love. Force comes from fear.
PPPS: Really, all of us are 100% powerful. Yes, especially you. If it doesn’t seem so it is because the opposite of power is temporarily covering the power.