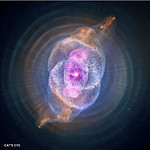 What if there were parallel worlds? Science and science-fiction writers have explored the possibility. Occupying the same space as our own world, a parallel world could exist right next to us. We would never know it and could never reach it.

We can imagine that in one world, things happen and the people live in pain, force, struggle, isolation, ignorance, disappointment, and fear. In another world, mostly unseen to the first world, the same things happen. And the people in the second world live in calm, wonderment, play, love, growth, and freedom. In the first world, everything is hard. In the second world everything is a light.

How do you know that this is not exactly how our world works now? I think it does, actually.

Lucky for us, the world we want to live in is really only a thought away.