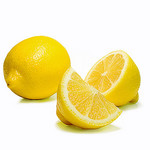 Yesterday’s post about what to do when new habits won’t stick included this postscript: “The good news is that no belief about you, me, or it being fundamentally broken, flawed, or wrong is true. Not a titch.”

Most of us face this belief in flaw from time to time. It can be a deep-seated habit. One reader asked for tips on how we can really believe that we and the world are not fundamentally flawed, wrong, or broken.  Here are two exercises you can do to “own” the belief that we are fundamentally fine.

A ladder. Acknowledge that you currently believe the opposite, that you think there is something wrong with you,  me,  or it. Feel how thinking that thought feels. (Hint: instead of words to describe your feelings, look for sensations in your body and describe them.) Sit with it. Allow whatever reactions may pop up; just noticed them. Then ask yourself, “What thought would feel better?” Patiently wait for the answer; it may take 20 seconds or so. Feel what that new thought feels like. Repeat that question with this new thought. Keep iterating until you feel really good.

PS: You need no special rituals to do these exercises (though you can add any you like). You can do these at breakfast, on your commute, or whenever.